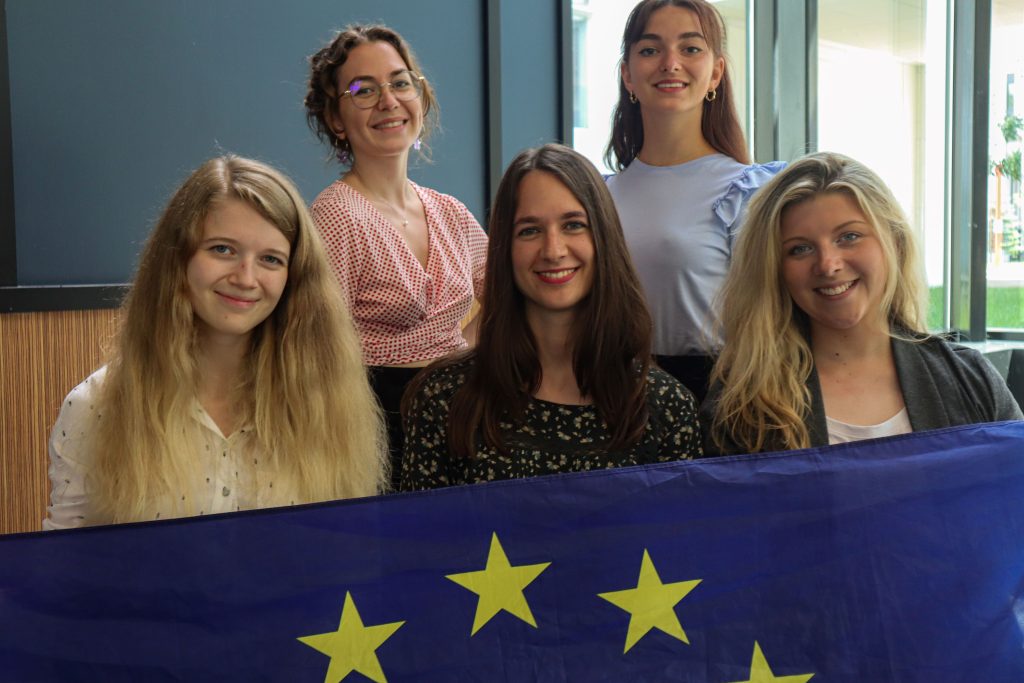 This summer our students took part in la SPECQUE, which is the largest international francophone simulation of the European Parliament in the world. The simulation took place in Quebec, Canada. This year’s delegation from Charles University consisted of 5 members, and all members of this delegation are also students of FSV UK.

Maja, how did you find out about this opportunity?

I first heard about SPECQUE when an email made its way in my Belgian student association’s inbox. They were searching for chiefs of delegation who would build delegations around the world. So, I thought of creating one at Charles University or with my student association in Brussels. After a bit of searching I saw that SPECQUE has already had a long history at Charles University dating back to 2013, but the last few years they were on a halt because of the pandemic. In 2017, the Czech delegation was actually the organiser of the 20th edition of SPECQUE and it took place in Prague! Older participants mentioned to me this year in Canada that it was one of the best editions and they still remember it fondly.

What was the process of becoming part of LA SPECQUE?

After sending a motivation letter and my CV to la SPECQUE and being accepted as chief of delegation, I had to make a decision about where I want to build a delegation. It became clear that not only was it more beneficial to build a delegation in Prague so I could be physically close to the selected delegates, but Charles University was also very interested in the project and instantly gave their full support. When it comes to prospective delegates, they had to send me their CV and cover letter before the interview stage.

What was your main task?

As chief of delegation of Charles University’s delegation my tasks were diverse. They ranged from applying for funding, receiving the CVs and motivation letters of candidates, interviewing and selecting them, organising meetings with the delegates, managing the delegation’s Instagram page and dealing with logistics such as the trip to and from Canada. But most importantly, my main task was to keep the delegation together, be someone who the delegates can turn to when in doubt or needing information and support. I am very happy of the dynamic the five of us have created together and I am very proud of them individually as well.

What was the most challenging thing about the whole experience?

The most challenging aspect definitely had to be the travel to and back from Canada as most of the delegates and I have never been so far from Europe and didn’t know what to expect on such a long journey. Apart from that, being first-time participants at SPECQUE was also challenging as non of us knew how to exactly prepare for it and what will await us in July.

What would you recommend to students, who would like to participate in the future?

I recommend to be daring and to apply even if you think your French is not good enough or you don’t know that much about the functioning of the European Parliament. People at SPECQUE are extremely welcoming and they are especially happy to have non-native speakers and delegations participating in the programme. It is of course important to understand basics and have a good knowledge of French, but with enough preparation and dedication, you learn pretty quickly during that one intense week of simulation. It was truly a special opportunity to participate in a French-speaking simulation of the European Parliament in Canada, where you not only meet great people and make new friends from around the world but also learn about European politics and gain new skills in negotiating, organising, journalism or public speaking!